This is one of the best black walnut strains at my farm where the both the strong central leader growing habit with symmetrical  branching and fast growth are combined.   I am using two trees that are somewhat similar in structure with straight growth habit with reduced side branching. The trees tends to maintain their symmetrical habit over time with a strong central leader. The nuts on one of the trees is very large (over an ounce per nut)  and elongated much like a butternut and the other is a selection that contains an over 30 percent crack out with rather smooth shells similar to an english walnut. Both trees are used to make the seed packets.

How these trees were found and grown: I had heard of a selections call Sparks 147 which was said to be a good nut producer. When I visiting my brother in Iowa, we went to a nut grower that had one of the trees in his planting. It looked a lot like a pear tree and had very clean foliage for late in the season when most walnuts get anthracnose and defoliate early. I got permission to collect and made a small planting of a few hundred seedlings at my farm which I sold in my nursery. I found a few that appeared to be hybrids with possibly a nearby english walnut or even buartnut. I was not sure but the growth rate was amazing and two of the trees are really the best walnuts in my orchard just for their growth habit alone. The caliper of the trees is also large some now over two feet in diameter. One of the trees was tested to show a low 30 percent crackout which is good for a black walnut.  Scion wood is impossible to get unless I hire a professional tree climber now because there are no low branches even with the longest pole pruners on the market of which I have!  But I may hire one to do other work at my farm and will try to do this in the future by causing sprouting on one of the branches.

Seeds are produced by running in a seed processor to remove the hull and washing. The seeds are allowed to dry a little but not enough to cause them to need soaking. The seeds will need a cold dormancy to sprout. Fall planting is good or cold store in a refrigerator.

To germinate the seed: Pack them in a lightly moist Canadian peat moss and store 90-120 days in the fridge at 33F to 39F.  After the cold period remove and put at room temperature. Seeds will sprout in 7-30 days. Outdoor fall planting also works. 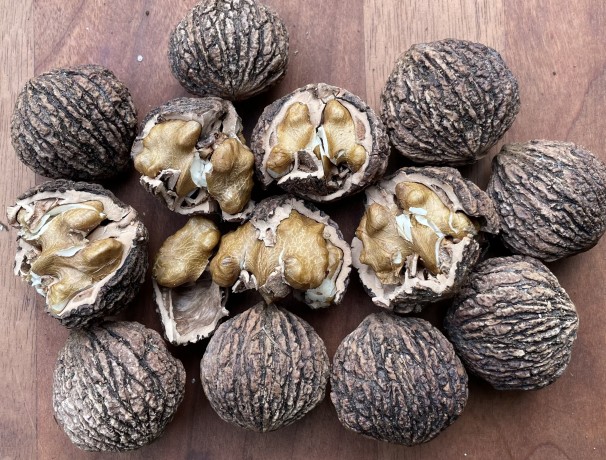 Hybrid cross between black walnut and buartnut. This strain came originally from one of the largest .. 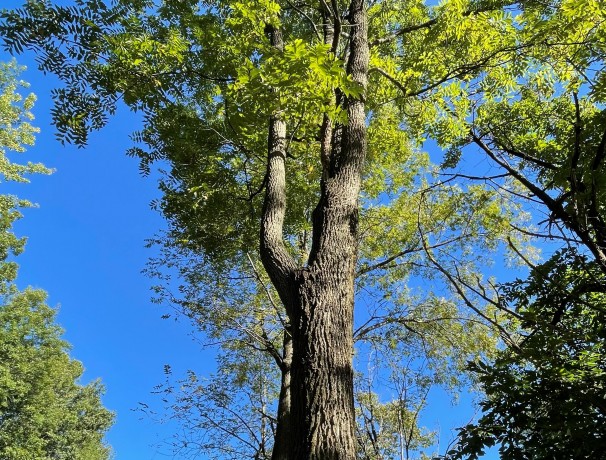