Perennial Diversity Perpetual represents a decade of growing and selecting potatoes for smaller size and persistence through winter with little cultivation. We started with three selections of heirloom potatoes, fruited them and then raised their seedlings while selecting over time for small tubers and winter hardiness. For the last several years, we quit cultivating them entirely and waited until fall of 2018 to harvest them.

We offer a 4 pack of four distinct potatoes with colors running from white, purple, blue and red being the most common. (Spring and fall.) Some are fingerlings and some are more round shaped and vary in size from 1-3 inches. This is the mature size of the tuber and not summer harvested. Some of the seedlings may grow larger under cultivation.  Red, blue, white, pink and violet are the colors in this mix.  The textures range from smooth to flaky with a true potato taste like no other-subtle but delicious. We recommend spring planting with this strain at first but then keeping a portion of the crop in the field over winter a little every year.  We include a glassine bag for dry storage which you can refrigerate or put in a cool area until spring.

It appears small size favors winter hardiness as well as persistence in the landscape and yes, it spreads.  These ship in the fall and spring while dormant-just like any potato.

The source for our original diploid potatoes were all 'over the counter' potatoes from commercial potato producers that produce heirloom potatoes as seed potatoes. Our seeds did not come from plant breeders, facebook potato groups, or other companies or individuals offering diploid potato seeds. (The only exception is the variety 'Zolushka' which came from Park Seed Company.) The Perennial Diversity Seed is produced 100 percent at our farm and nowhere else.  In the last four years we have tried other true seed potatoes but at this point most have not been adapted to our location. This brings home the idea that locally adapted plants can provide a solution to common disease issues but are not a solution everywhere potatoes are grown.

UPDATE FOR 2020-21: We are now focusing on yield along with foliage health. Some tubers have persisted over a decade. We are selecting for small size and heavy yields. Some of these are not too pretty looking  a lot like a rock. But they have proven themselves to be a more forgiving potato to grow even if used in a more traditional garden vs. permaculture. Here at our farm we are adding them to our fruit plants as a under-story plant. We generated another 1000 seedlings in 2019 and then added the best from that group to the 2020 batch. We have not found any yet that are high solanine.

We hope to produce in spring of 2021 seedlings again and these would be available in bulk via plug trays and shipped in May. This would allow you to grow the seedlings in the first generation free of virus as well as have each seedling being a unique genetic individual. We are also hope to offer some of the Joseph Lofthouse landrace potatoes which are slightly different. The Bora Valley strain was a good one for us in 2020.

Seeds are also available: True Seeds    Fall of 2020 was a good year for seeds and this time the seeds were used from what is now becoming an almost all fruitful population.  The population is now becoming fertile as a whole with a few sterile plants rather than when we first started which was the opposite. 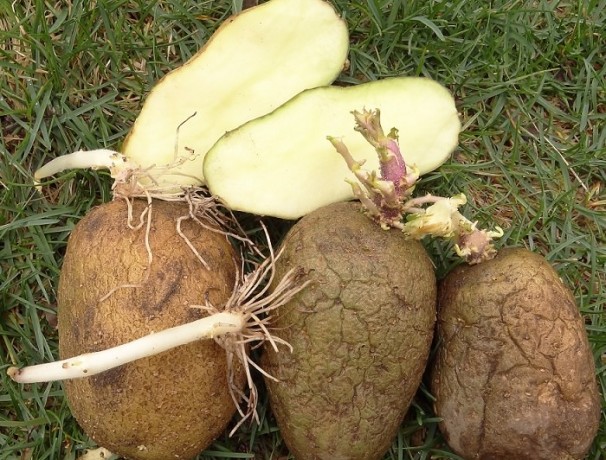 This is one of the very few potatoes that can be grown from true seed and is available commercially... 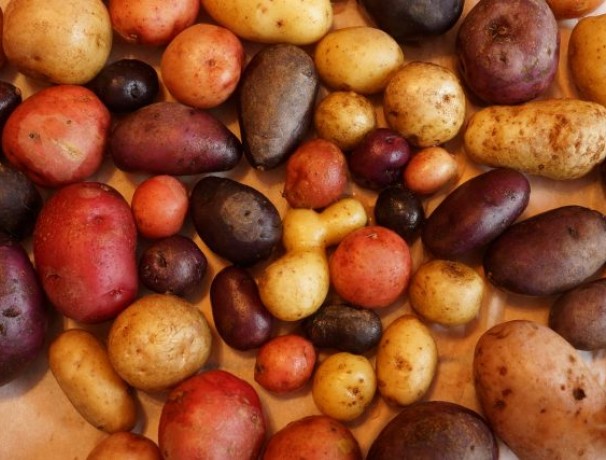 Now in 100 packets-Super good crop with maximum crop diversitySelections of seeds produced by our fe..