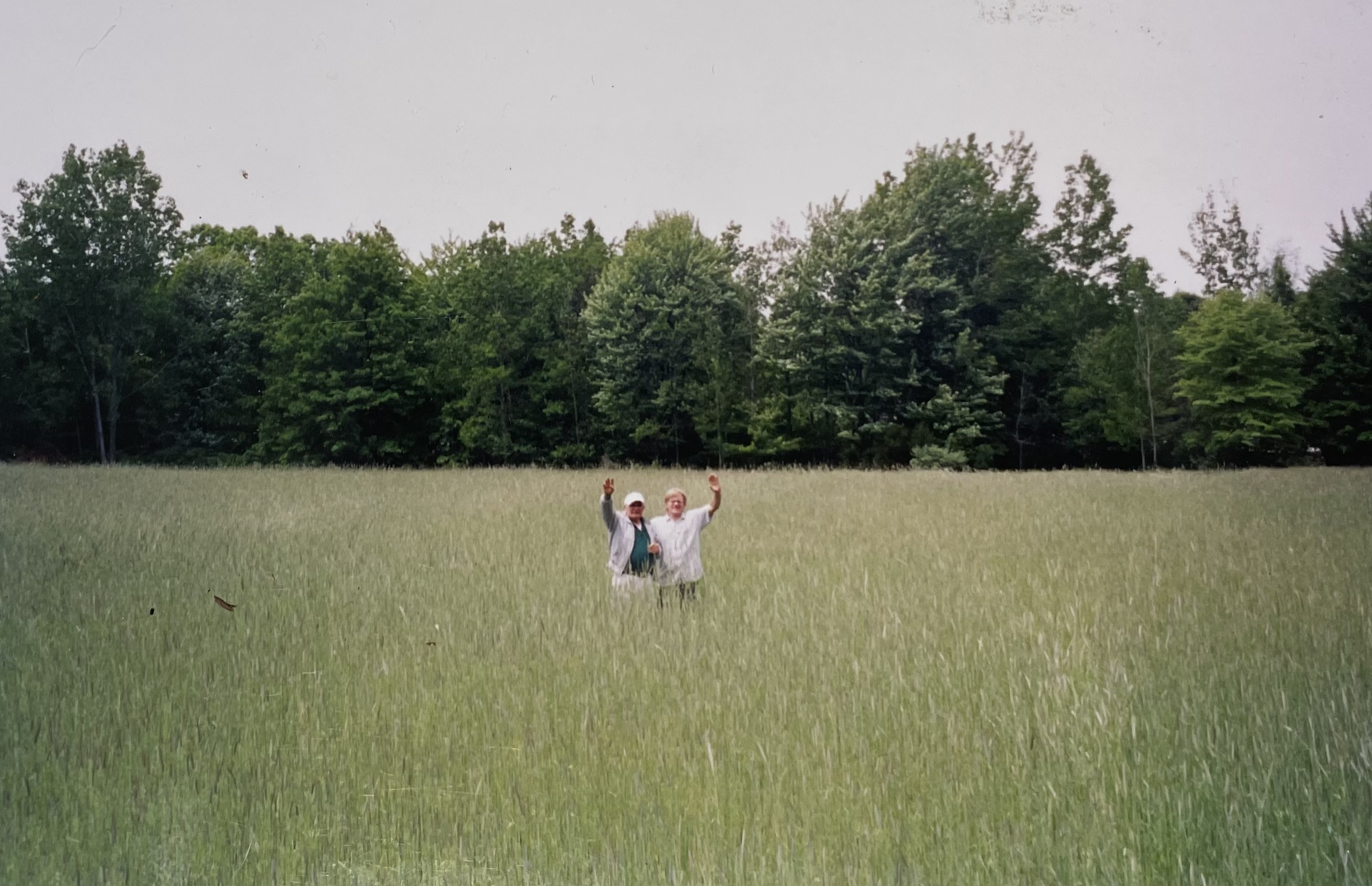 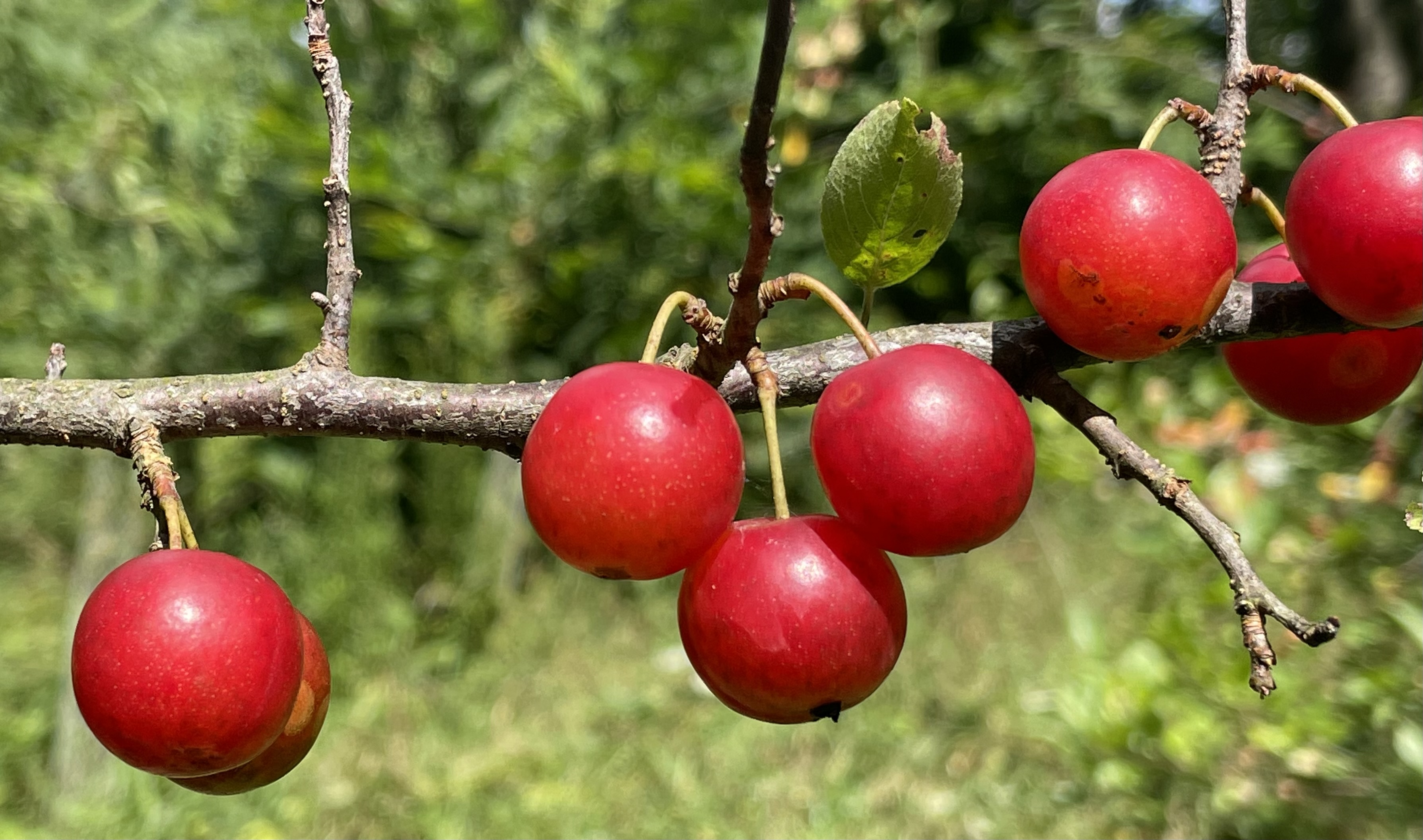 Finally after 20 years of testing and growing plums, I found a strain that makes a plum even easier to establish while at the same time reducing or eliminating entirely or reducing the suckering aspect of many wild plums. Combined with its large leaves and excellent full canopy this hybrid of wild goose plum and chickasaw plum provides both the clean foliage  with a central trunk and symmetrical branching. The fruits are a bright red like the chickasaw plum without as much tartness but still free of diseases and insects both for the foliage and the fruits.

Yields are excellent with this hybrid. It takes a good ten years to really see the possibilities in terms of its productivity.  It is the highest yielding type with dense clusters of oblong fruit. This is a tart plum and excellent for jam. In many ways similar to a Montmorency cherry with a strong sweet tart flavor. Letting the fruit ripen on the tree fully lowers the ascorbic acid in the fruit makes it possible to eat it fresh off the tree but keep in mind, gooseasaw is a tart plum similar in characteristics as the chickasaw plum.

Fruits start to ripen slowly around August 18th. Seeds will be processed over the next month and shippable at the end of September.

Specific selections will be listed here. The selections will be primarily based on yields of the fruits as well as how insect and disease they are. These selections are tart plums similar in many ways to chickasaw plum. The strong growth rate and heavy production make them unique enough to clonally reproduce. The plums do not require spray and are free of curculio and fungal issues.  See 'Cheery Cherry' 'Red Tart' 'Red Ocean' for new cultivars released in 2022. 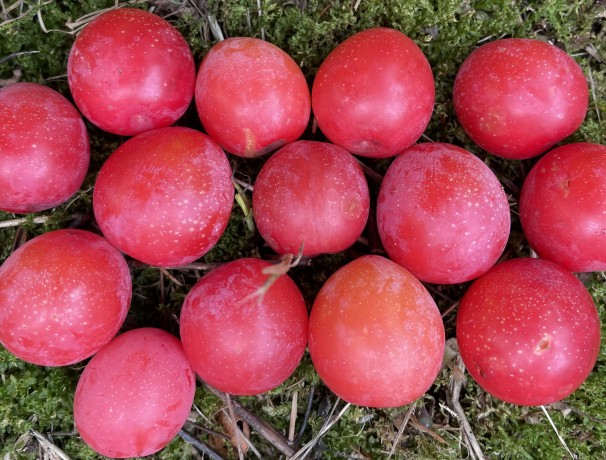 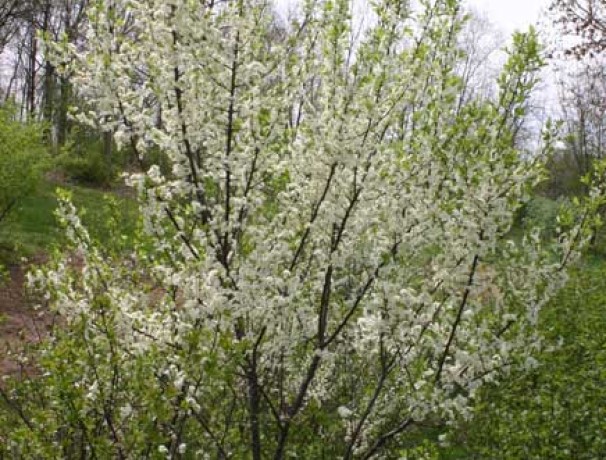 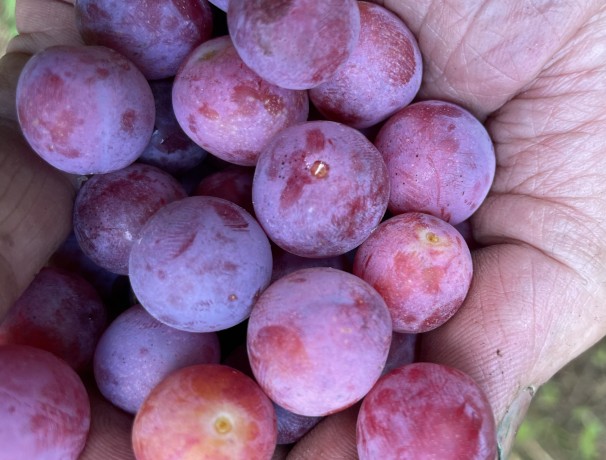 "Red Planet" represents a new hybrid species of plum found as a natural hybrid of two indigenous Nor..

"Cheery Cherry" Plum seeds and scions: This seedling selection of a Chickasaw plum was selected due ..