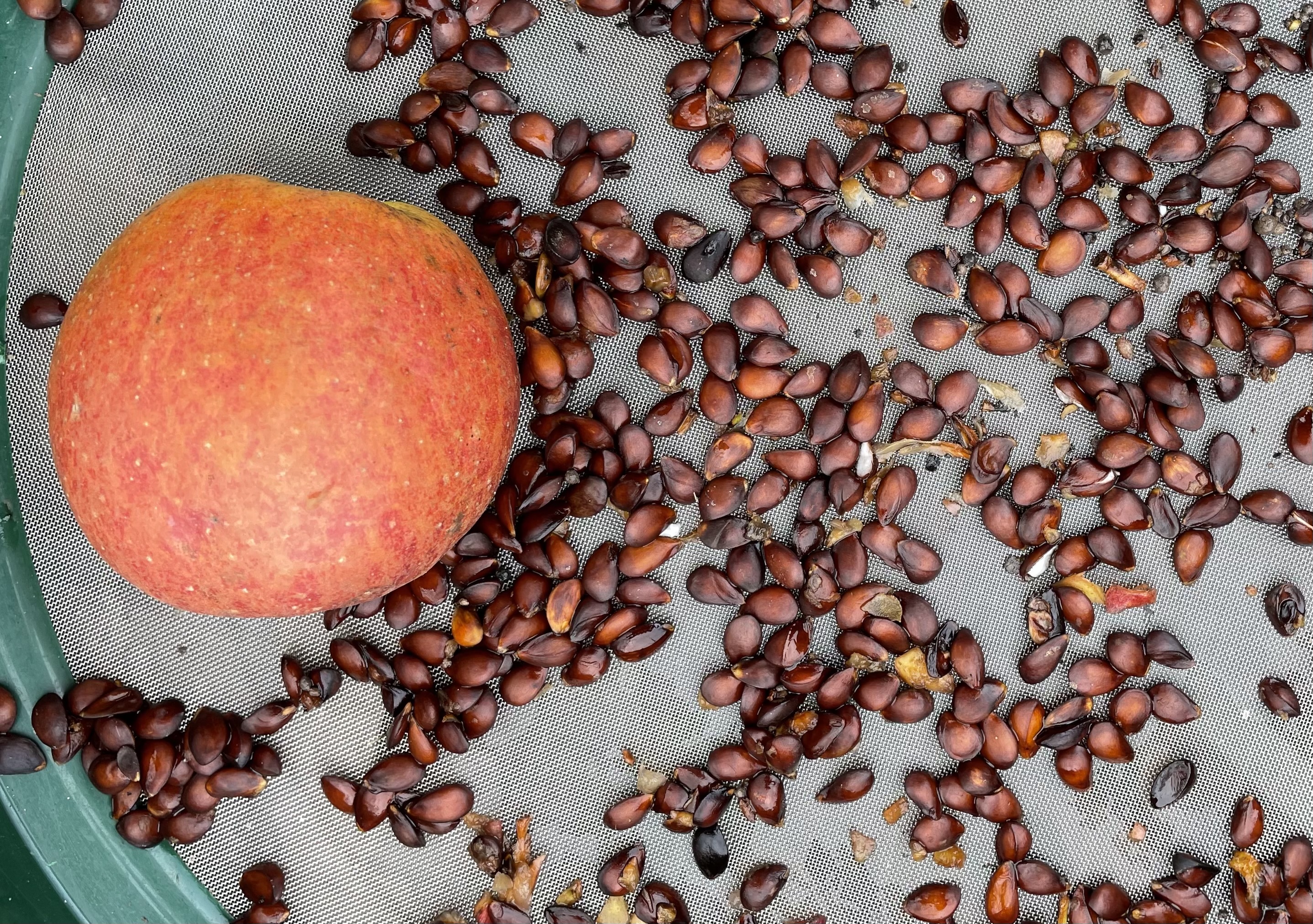 This new apple variety Kelly Renee represents a new beginning for the apple.  Selected for attributes normally not found in todays modern day breeding programs, Kelly Renee delivers on taste and texture plus creates a whole new genre of apples that can be grown organically with minimal inputs. It can even be harvested on the tree into December without the fruit degrading. Kelly Renee apples maintain their shape without damage from freezing temperatures and do not blet or fall apart like most crabapples. The fruit keeps its integrity and flavor over two months in the orchard. The fruit ripens fully in mid October but continues into November is southwestern Michigan.

It is also the beginning of the end of the high intensity spray programs needed to grow the apple. Kelly Renee is one of a few 'no or low spray' apples that can be grown organically or other low input systems.  It has strong insect resistance due to its thick skin. Very little codling moth is evident over the last decade and few fruit worms of any type have been found. But some damage has been observed on the skin causing a 'warping' of the apples growth during the season. This only happens on a small portion of the crop but it would likely be an advantage to maintain a neem spray as both preventive and curative during the early and mid season to help clean up the apples in their appearance.

The Kelly Renee apple is a lightly sweet apple with a dense white flesh that does not break down in cooking similar in many ways to the Northern Spy.  Its density makes it ideal for apple sauce. Visitors to my farm whom have eaten the apple fresh like it best when it is later in the season as it ripens fully.

Kelly Renee  was an apple grown from seed collected from a tree at an old abandoned homestead in northern Michigan. It was a solid russet apple that looked like a baked potato in a tree. I grew out several seedlings of it and this one was the most vigorous of the lot. As the tree matured, the yields greatly increased. To this day, the most I have sprayed it was twice in a season with many seasons with no spray.

The seeds are valuable in helping create further varieties in this russet class. From others who have worked with these no spray apples, russets often appear to offer a solution to resistance to both disease and insects due to their thick skins. For this reason, the no spray apple movement will have to educate people on the benefits of these apples both environmentally as well as health wise to the farmer who has to spray a regular crop of apples 16 times a year with very powerful insecticides that only get more powerful as insects develop resistance and new insects move into the orchard environment.

200 Seeds+Scions  Scions are sent in the dormant season in the winter.

To germinate the seeds:  Apples are wonderful to grow from seeds as the variation is fantastic in terms of creating a diverse population of seedlings.  Add lightly moist peat moss to the seeds and store for 90-120 days in cold refrigeration from 34F to 38F. Seeds will begin sprouting slowly in refrigeration so watch out for seeds to develop long roots in the bags during refrigeration. Pluck those out and plant them in pots as soon as you can. Most seeds will sprout quickly after putting the seeds at room temperature after 90 days of cold. Seeds are prone to damp off so careful to use the right soil mix with a lower peat percentage. 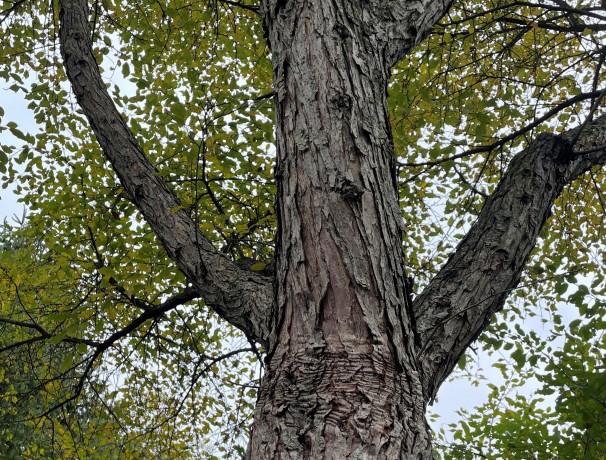 This species is well known as one of the species complex of modern day apple..