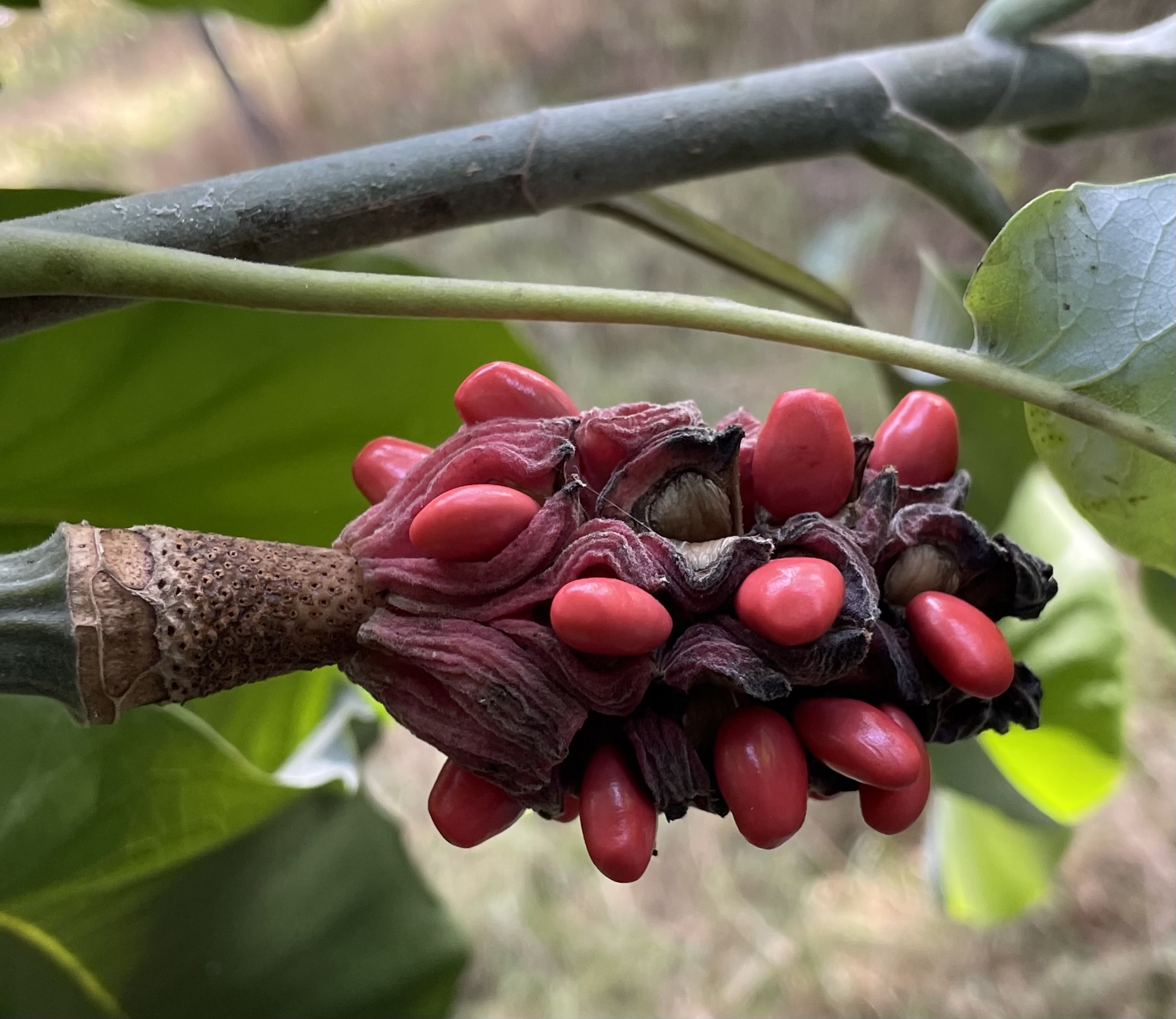 Ashe's Magnolia represents one of those rare finds that often defies normal botanical explanations. How can a plant found growing in Florida survive Michigan?  It turns out this relative of the Macrophylla magnolia is one durable plant able to grow in a wide variety of habitats and yet thrive even in much colder zones outside the panhandle of Florida.

I started growing this tree thinking its large leaves would be an ideal shade tree and have a powerful cooling effect if planted in the right spot. The deer at my farm had other ideas and kept rubbing it. This set it back. Then finally after a few other shrubs of multiflora rose blocked its use by the deer the plant grew even more vigorously as the root system was well established and with the herbivores gone, it threw a 6 ft. whip. After that the tree began to flower and set fruit. The 8 to 12 inch flowers are magnificent in the spring and have an almost prehistoric look to it with the large leaves emerged. They are wonderfully fragrant.

This was an attempt on my part to fruit a southern Magnolia species at my farm. At one point I had over a dozen of these crosses and all eventually bit the dust except for this individual. The location of it may of played a role as it was slightly sheltered from the wind by hills on three sides. It is now over 20 ft. tall and 15 ft. across after 30 years. In 2022, the plant grew an additional three feet. Fruit set is low usually but cones are produced at the end of many branches so it is fertile by itself and could be produced from seed easily.

I feel this is a one zone colder strain of this magnolia which could grow throughout zone 5. Because of the healthy leaves and the tree itself would make a beautiful ornamental tree not seen in most gardens.

Seeds were extracted and kept moist in peat and sand. The seeds are stored in a refrigerator to prevent rotting and to start the dormancy. Currently extracting on 9-27 and will be finished by October 15, 2022.

To germinate the seeds. Continue the dormancy for 90 days and then move to room temperature. Seeds will then sprout over the course of a month. Plant the sprouted seeds barely covering the seed. Seeds will throw a root down and top growth will occur at the same time. Watch for damp off. The seeds are usually fairly tolerant to damp off compared to apple seedlings. Will normally sprout when put at room temperature after a 90-120 day cold and moist period of 34F to 38F. 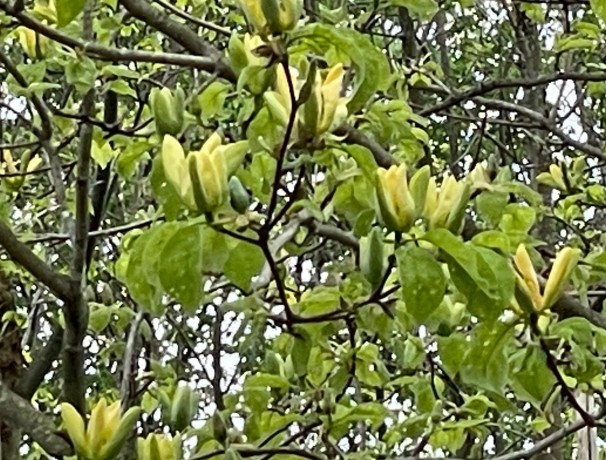