This North American plant is one of a few bamboo species found often along rivers and streams throughout the Midwest and southeastern U.S. When we first started growing it, we were surprised at its hardiness. Our attempt to grow many other cold hardy bamboo was not successful in our full zone 5 location. This one not only survived but expanded into a small colony just like its haunts along the Mississippi River. Called 'cane breaks' these thick rather impenetrable grass forests were well known as travelers noted their wide expanse on many of the nations river systems. Getting through these were not easy so routes used were often buffalo trampled paths.  Buffalo were said to frequent these as  a source of food.  The thick roots form along a central straight as an arrow stolon. The stolons produce dense sprouts along its axis.

Giant cane has a delicious flavor in the spring. The small white sprouts can be harvested and then stir fried or eaten fresh. A small knife can be used to cut off the sprouts which are next to the main stolon. Although not a mega crop plant, river cane has possibilities both as a conservation plant and as possible fiber and fuel plant. Because its clearly in the 'runner' bamboo camp, people tend to avoid planting it. Our experience with grow bags has worked for us going on 6 years to stolons were able to penetrate it. The root grew in circles within the bag.

Our plants are produced by cuttings taken from 3 and 4 year plants which were precut two years ago. When you get your bamboo from us, the roots will look severed from the main root and are taken with extreme care on our end to prevent damage from our sharp shovels. The roots may not look like much but rest assured they will grow. Plant and water thoroughly afterwards and keep weekly watering until summer. By then you will see new sprouts coming on. 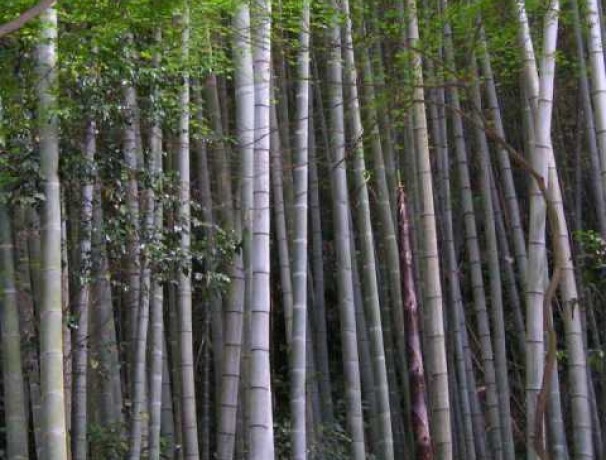 The Edible Bamboo for Shoot Production-Moso Bamboo This timber type of bamboo is used frequently ..