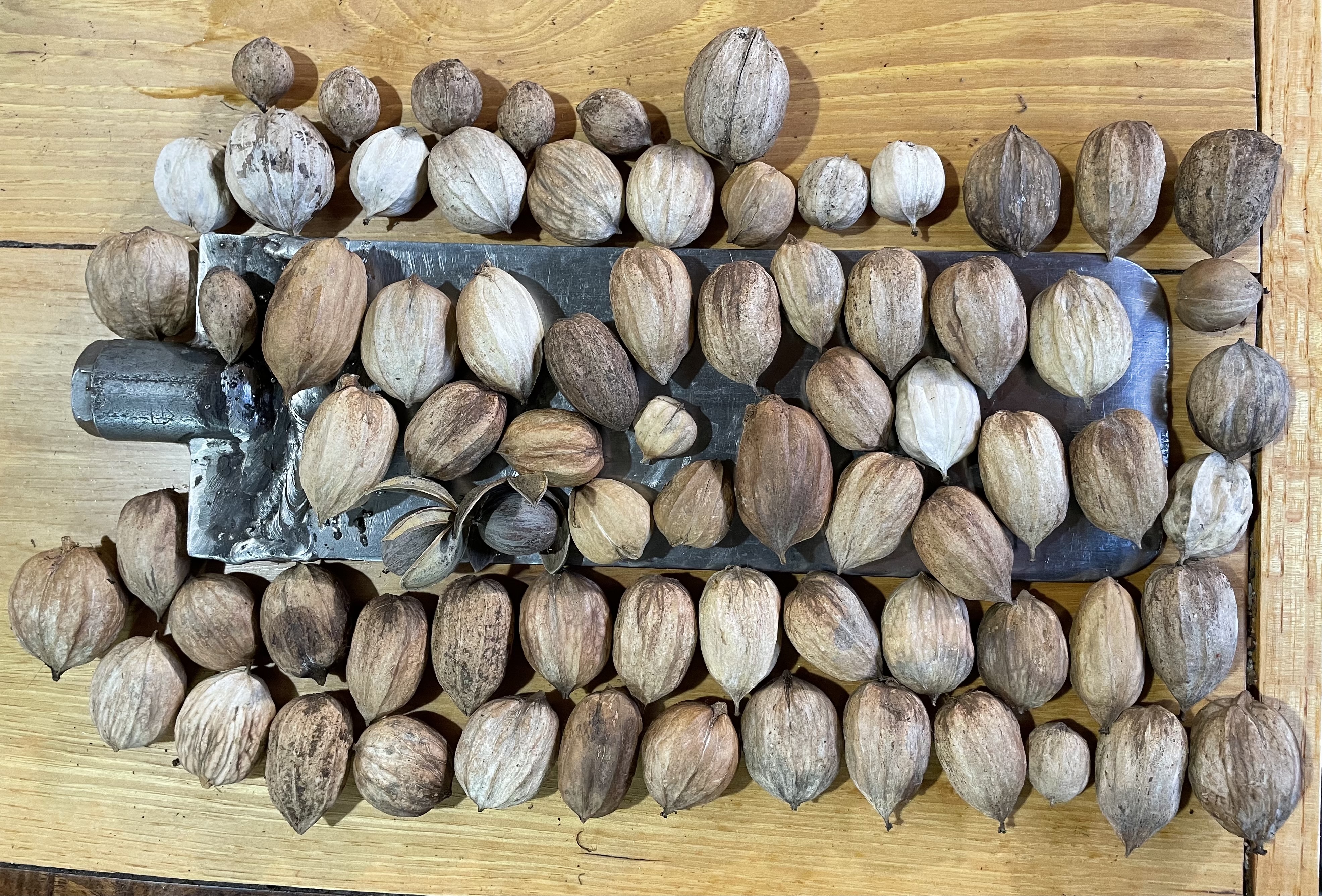 Immune to the Ash Borer=Vigorous Tree and Hard Wood

Starting in the early 90's I began growing many types of ash species. At the time, the trees were very small and somewhat of a side project for me. I began growing different species found in Europe and China.  At that time the nursery industry was primarily growing native ash trees all of which were highly susceptible to ash borer.  When the ash borer did hit Michigan, I suddenly had renewed interest and purpose in my trees. Keep in mind the ash borer started in Michigan. By then my Chinese ash trees were large enough to for the borer to infect. I had left standing two mature green ash trees on my farm when I first bought my property in the early 80's. Within two years they were infested with the borers and died but the Chinese ash species was untouched and continue to this day. Each tree showed complete immunity to the insect. There seem to be attempts to drill into the tree but the insect failed to pupate. A line of native ash trees less than two hundred feet away from my planting all came down with the insect. My trees were untouched. Eureka!! No more borers.

The name rhychophylla refers to the leaves with are oblong and come to a point.  The origin of this seed source came from a wild collection given to us from a research scientist friend of the farm in its earliest days.  Since then, no ash borer has been able to penetrate the bark or infest the Chinese ash tree. How can rynchophylla do it? It is likely related to the high amounts of tannins found within the sap of the tree which is a natural insect repellent. Only once did we find one hole drilled partially in where the insect attempted entry without success.

Now over 30 years old, the trees have been flowering and setting seed. Seeding is heavy in some years, but frost can play a role in success of this. Also red squirrels appear to consume the seeds in great numbers at my farm. The trees have naturally seeded nearby on the edge of my pear planting too. The seeds need to be tamped into the ground by humans or deer to be effective at self seeding. The seeds remain dormant for two winters before sprouting in the spring. One tree appears to be seedless so far. This might be a good one for reproducing for a shade tree. Many ash tree selections are seedless which makes it less messy for people. Unfortunately, a seedless tree also makes it less desirable for wildlife.

Chinese ash is an easy tree to establish. It grows a variety of soils reaching up to 40-60 ft. tall in average soils. The broad spreading trees will have some of the same characteristics that people like about ash trees including symmetrical branching, straight growth habit and uniform crown development. It might be too seedy for some but that comes with a lot of ash trees so selections could be done with trees that appear to not generate seeds in large numbers.

This plant leaf's out late missing frosts. The flowers are fragrant and distinctive enough to even be called a flowering tree. The wood is incredibly dense. Pruning even the smallest limbs I noticed how hard it was. Even with the best loppers, it was quite an effort. This would be a good species to establish and get the ash tree back into production again for use in urban areas. Selections could be made for low or no seed production and then easily grafted like other cultivars use to be produced.

Seeds are harvested starting in August and September and ready to ship by October. There is no restrictions on shipping ash seeds.

To germinate the seeds: Simply plant 1/4 inch deep and lightly cover soil with compost or peat. Seeds need a double dormancy to sprout. That means fall plant and then go through two winters. Seeds will sprout quickly the second spring. You can replicate the first winter dormancy by storing the seeds in damp peat and storing in the fridge as your first winter dormancy. Once in a while a few seeds will sprout during the first season.