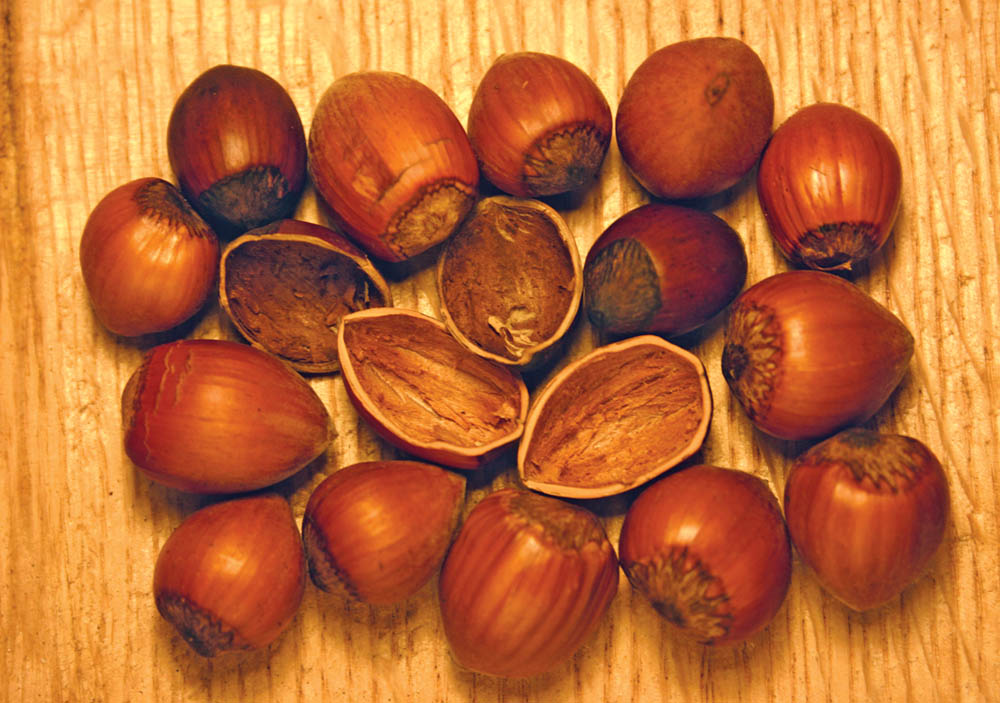 Sold out     Trazels go back to the early days of nut growing using the seed strains and cultivars of Laroka from the Gellatly in British Columbia. Since then people have distributed many of its seedlings as both tree hazels and trazels. I was growing these for a while and found out within about 4 years the whole strain of Laroka was not possible to survive Michigan. Unfortunate, I couldn't even find individuals that survive. As a result I was about to give up when I met a farmer in Illinois that had found a unique trazel strain immune to blight and had quite a large husk. He had one plant left and he gave me 2 nuts to try. I planted those at my farm and believe it or not both fruited and were not plagued by filbert blight.

Tree hazels offer the chance of a more robust hazel plant with thick trunks and long lived canes. The plants kind of grow like a large lilac and can be managed as a small tree with multiple trunks. The nuts are produced in large round clusters with often thick fleshy pods much like its parent the Turkish tree hazel. Trazel nuts have great flavor and often come out clean out of the husk. The shells are thick as well but the nuts crack out whole usually.

To germinate the seeds, store the seeds at 38F to 40F for 90 to120 days in a moist media. After 90 days check for sprouting in the fridge. After putting at room temperature, seeds will sprout for up to a month. Some may go into a second dormancy due to the thick shells. 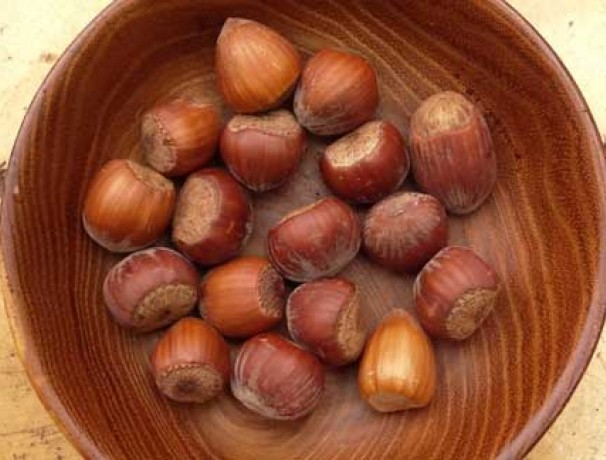 SOLD OUT Selected from our most precocious ECOS plants using only the heaviest bearing types includi.. 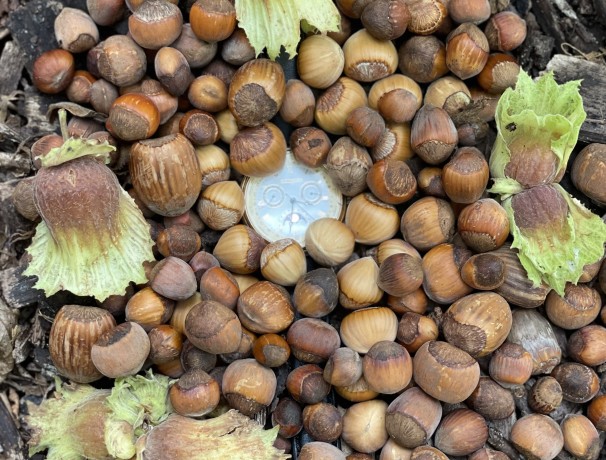 SOLD OUT Natural dwarf form of American hazelnut found within populations at..