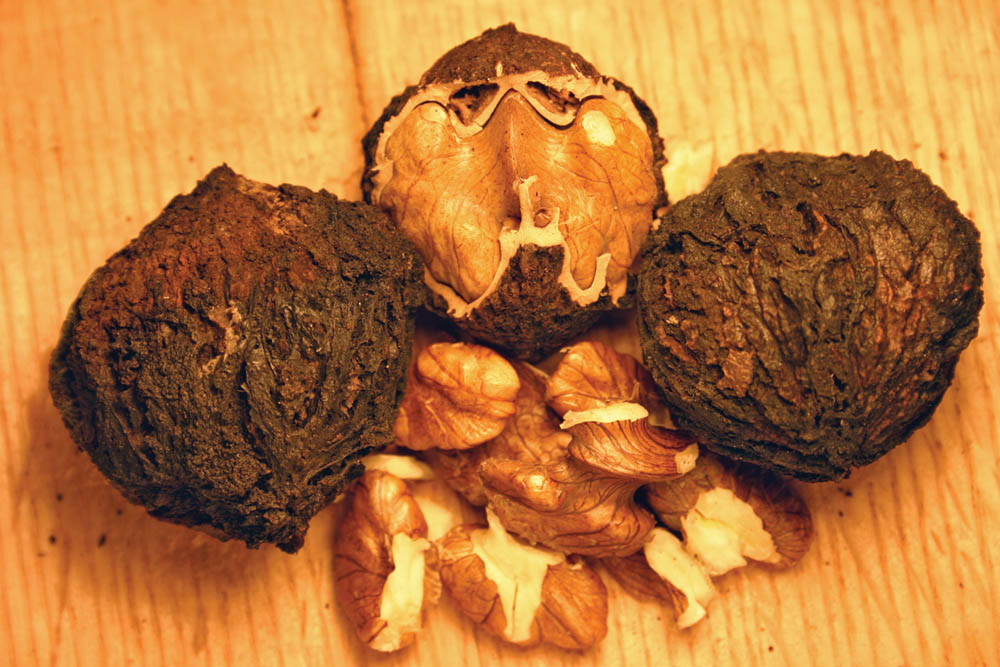 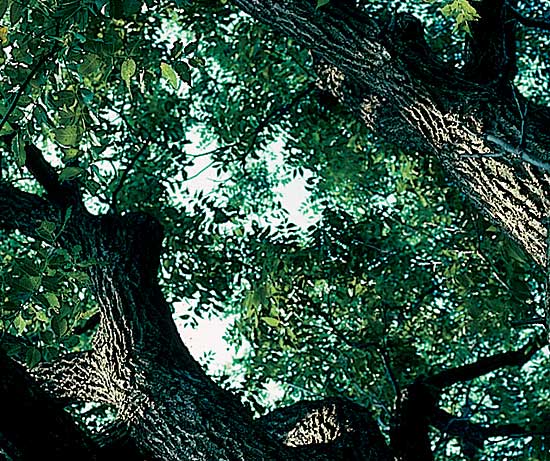 currently unavailable Ecos Black Walnuts are selected from the seedlings of cultivars that I purchased for my nursery when I was producing seedling black walnut trees. When I first started walnuts, I was surprised at how many varieties there were. I had no idea that people had selected so many types and then were grafting them. When I met several Northern Nut Growers Association members that had often taken it to the next level and began selecting new varieties from their seedlings. To me that is what I wanted to do and soon found out seed source plays a role in this. Due to my limited space, I was able to create several small plantings of these new generation black walnuts. I used Emma K, Abrahamsen, Mintle, Kwik-Crop, Sparks 127 and 147, Lambs, Ohio, Stabler and others. These made up really only 1-2 trees of each type. I selected them based on growth rate and leaf retention. The leaf retention part was due to  anthracnose that often defoliates trees early in the season. I guess you could say I tried to select leaf healthy plants. That kind of worked as today my trees show both a good form and high quality nuts. What did not work due to my ignorance of pruning at the time and I over pruned a few trees which made them grow not as straight as I hoped. Note: I had tried the Purdue seedlings and found them not to be fast growing at my farm. Possibly in another location or maybe I was sent the wrong seed but that was not a good seed source for my farm. I did not keep any of the seedlings.

This is a very good seed source and I hope to evaluate each tree more closely so that information will be published. The goal was really to find thinner shelled black walnuts or if that was not possible shells that are as not convoluted so the nut would drop out in halves. This combined with the strong growth habit make this a viable seed source for seedling black walnuts. Often growers concentrate on one thing. The Ecos Black Walnuts combine both of these traits.