Grown from Seed From Improved Selections

Mayhaw represents a wide range of two species of small trees indigenous to the southern U.S.  Both are wild collected for their fruits to make jelly. Rarely grown as a fruit tree, it is slowly gaining in popularity as the wild of it are harder to find. New improved cultivars have been developed as well as seed orchards of these improved selections  with larger fruit. That is where we have gotten our seed from. Compared to the grafted versions of it, these are a full one zone cold hardier than their southern cousins and have grown here in Michigan during a minus 20 F winter without even twig damage. Obviously this plant has some physiological resilience to cold much greater than was previously thought.

Mayhaw is collected in the fall which need to be fully ripened to appreciate the flavor. The rich red color of the jelly is due to its skin which is considered high in anthocyanins. Even the leaves are considered a tonic and are considered a heart healthy herb to make tea from.

Our plants are 2 years old and grown in long bottomless deep pots to capture the tap root. 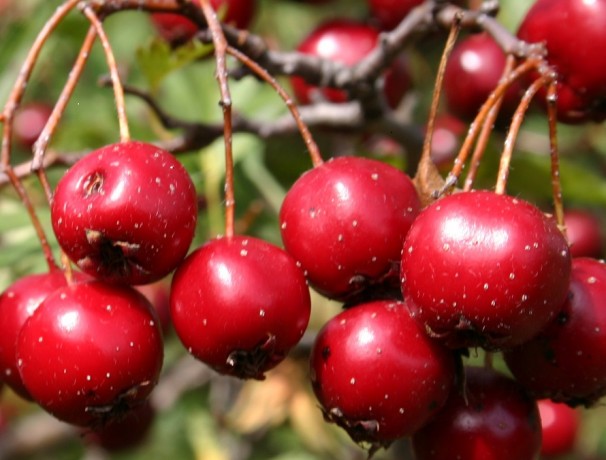 This completely edible fruiting hawthorne has the largest sized fruit we could find in the Crataegus..