This species of walnut is a widespread tree found in Europe as well as China and India. In the wild it is often found growing in mixed forests on the slopes of mountain ranges. Since the early 1900's cold hardy Polish strains as well as other durable selections were found to grow in the northern and midwestern part of the U.S. Our strain originates from Montana grown from seed of the most cold hardy selections found in zone 5. These tend to be roundish nuts which are  produced in long clusters.  Seed source plays a large role of the success of this species in northern locations.  Avoid frost pockets or late frost areas as this species leafs out early which would destroy the flowers as well. (Although the tree will still flourish.)  Little or no juglones (the natural chemical found in black walnut roots) are found in the root system so no need to fear the alleopathic effects of its roots on other nearby plants.  A small amount of lime is beneficial for this species if you have an acidic soil. Other than that it is an easy tree to grow and fruit.  Best to plant two for pollination although self fertile trees are common. Nut production begins when the trees reach 10-12 ft. tall. Female flowers are produced in the axils of the buds. Male flowers are long catkins. Our english walnuts are grown in pots for two years and  are easy to transplant. 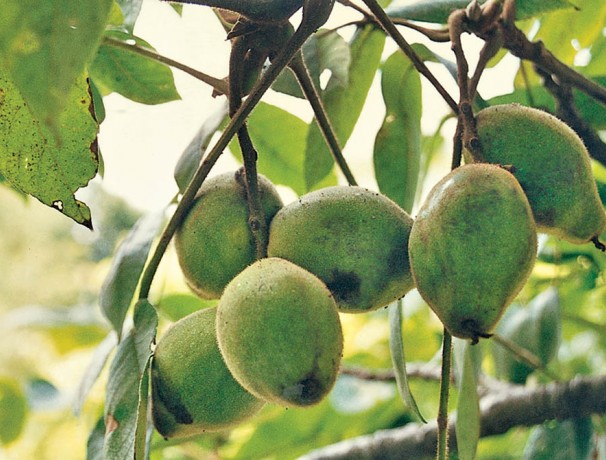 From Iowa, this species is well known for its rich buttery flavor. Vigorous in growth, butternut is .. 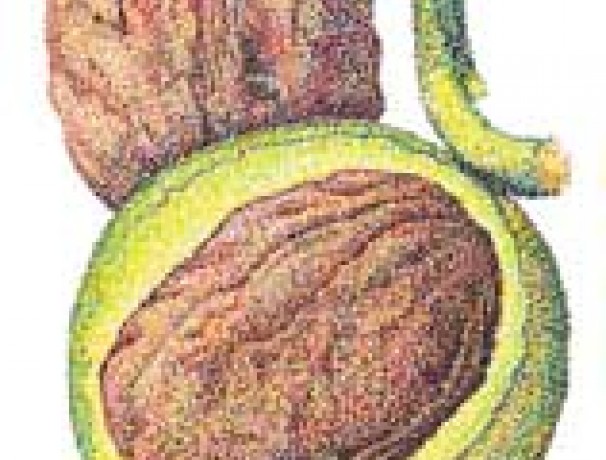