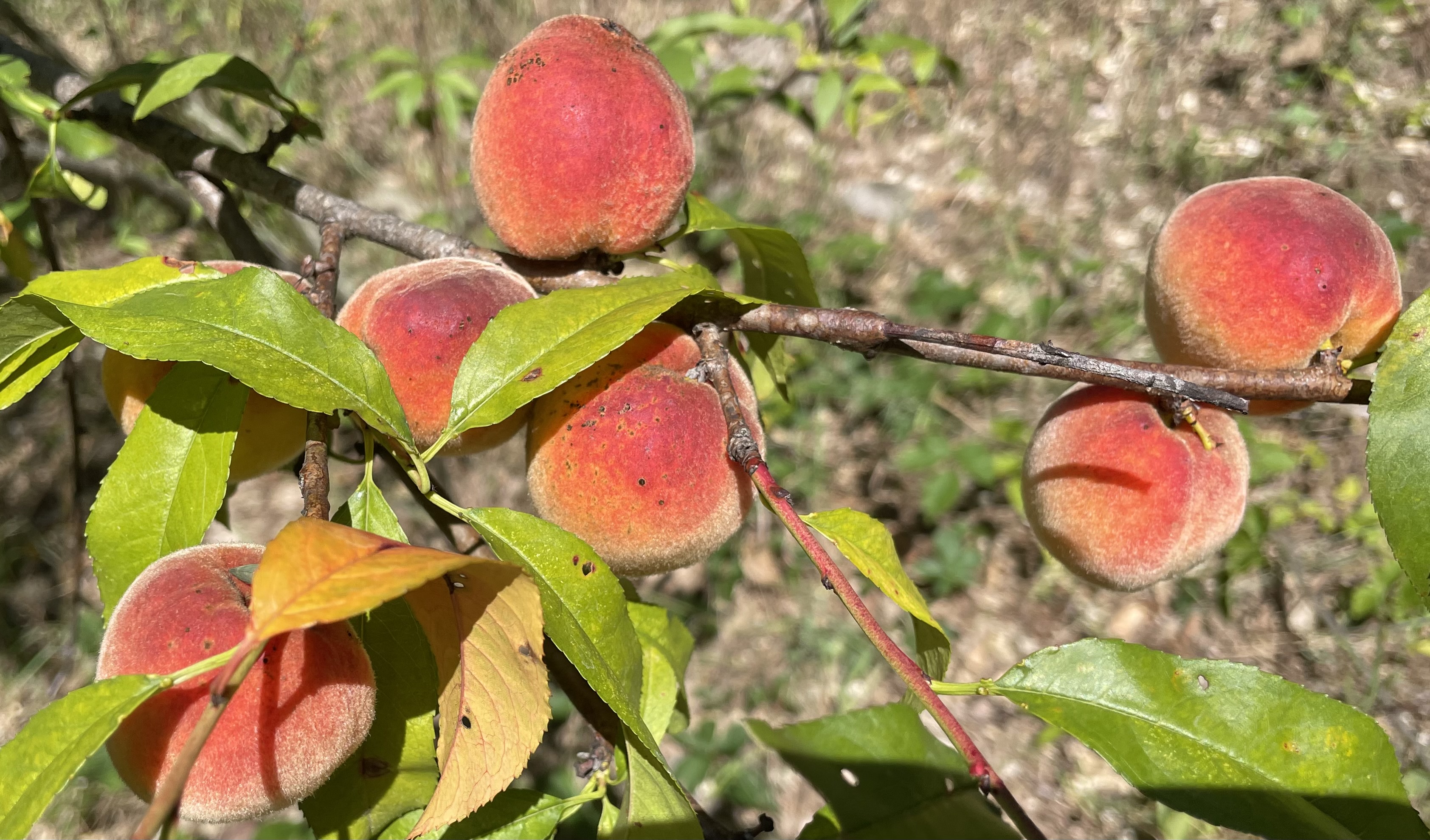 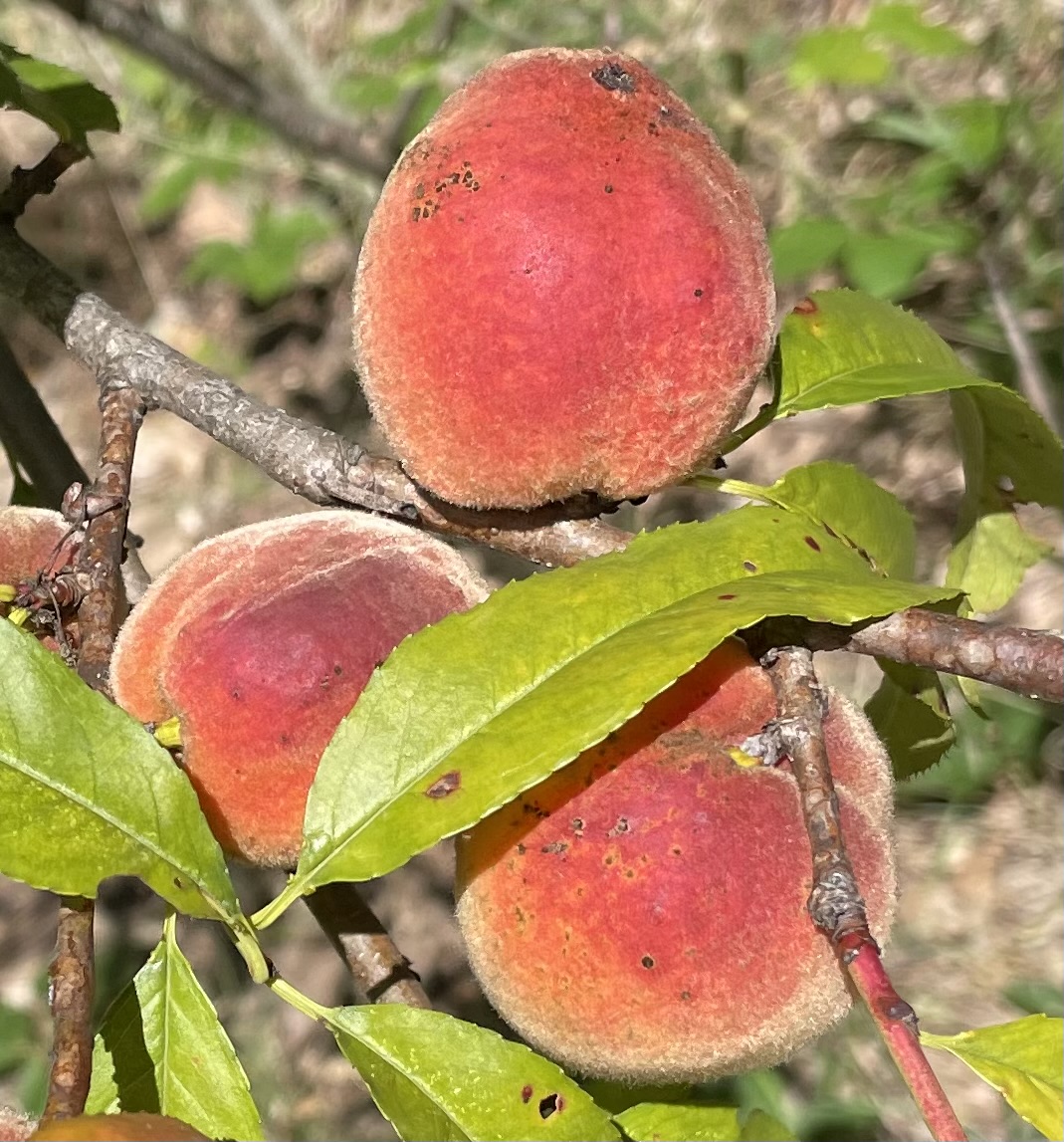 The Circus in Your Mouth is from Northern Michigan

“Well they’re in!” We named this peach after the episode of Seinfeld where Kramer enters eating a "Mackinaw Peach" from Oregon which is ripe for only two weeks a year. “It’s like having a circus in your mouth!” Kramer exclaims. It is a miracle of nature and like the Aurora borealis, it is here for only a short period of time.

Mackinaw peaches ripen late in the season which slowly ripen into mid September about a week or two after commercially grown peaches near my farm. This northern Michigan heirloom peach is grown from seed  producing peaches which are cling-stone (the flesh sticks to the stone or pit).  For me it was an accidental discovery of growing numerous seed strains of peaches that can tolerate our non peach like world of late frosts and other peach like calamities. The original seeds came from seedling peaches in Canada, Wisconsin and Michigan.  I winnowed out the trees to less than a half dozen of the best producers that showed no signs of disease or insects. This produced two distinct types of which were kept due to their high yields. One is has a more red skin than the other but in general they are identical from seed.

What the Mackinaw peach is and is not. They are not seedlings of commercial peach varieties or from other individual plant breeders or a rootstock used for peaches. The Mackinaw peach is produced from seed, not grafted. Bottomline: it is an heirloom selection that was grown from pits and spread that way rather than grafting. In many ways similar to the Latvian Purple Peach selection I offer in that people loved the fruit and carried it with them wherever they went . Luckily people were not discouraged to grow it from seed. If another company decides to produce the Mackinaw from grafting then that really is not the Mackinaw as the seed line is then ended. From seed like the land race Iowa peach, the Mackinaw peach can be grown true from seed. It is uniform enough to produce this way despite being open pollinated. It is not necessarily a commercial peach. But with a little more grow outs and a larger planting, the pits would quickly create a from seed orchard much like peaches are grown in the wild but under cultivation.

This package contains 25 seeds for orchard establishment plus scions of the selections to aid in further establishing a population of Mackinaw peaches for future distribution within the nursery and fruit industry. The name is everything and 'Mackinaw Peach' easily nudges out pawpaw for number of hits per month on the Oikos Tree Crops website. For this reason alone consider propagating this plant to meet a ever growing demand for a disease and insect free peach that can be propagated from pits. As well as the obvious connection to the Seinfeld show and a town with its bridge that connects two peninsulas the Mackinaw peach is not fictional anymore. The Mackinaw peach can easily be grown using organic methods and is resistant to disease and insects.

Currently being harvested and cleaned. September 1, 2022 through early October-seeds will be available.

TO GERMINATE THE SEEDS:  Soak the seeds for 24 hours at room temperature. Wash the seeds thoroughly and then add a lightly moist media to a plastic bag. Store for another 24 hours before refrigeration for 60-90 days. Some seeds will split in dormancy others will sprout once warmed for 30-60 days. Some pits will not split and these can be further enhanced to sprout by putting the sutures on a bench grinder. This will allow moisture to enter easier and speed up the germination.

This package contains scions and 25 pits of the Mackinaw peaches. This will allow you to reproduce it under the Mackinaw Peach name as well as sell the seeds to others in the nursery and fruit industry. From pits, some production of peaches occurs in the 4th year from seed. Scions can be used to establish the trees on rootstocks, but it is required this strain be produced by a diversity of seedlings and not as an individual cultivar clone. The scions are offered to speed up this process. If you do not want them, let me know and I will include extra seed of this peach or others I have in stock. Both the red and yellow forms will be included with the scion wood.

This selection of peach was given to me from a nearby farmer who knew of a family ..