Full Expression Plant Discoveries-Find What You Are Looking For 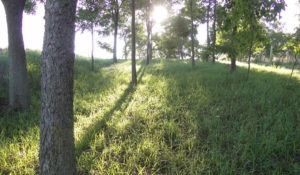 A work of art like this stone Egyptian water buffalo at the New York Met can last many lifetimes. Plant discoveries can create the same effect. By  contributing to that which has come before, it can make life easier for future generations.  A certain level of appreciation for the artist and scientist is generated in the process.

Many years ago I attended a horticultural conference that had a presentation by a USDA scientist who worked with pecans. Pecans are one of the those tree crops that takes a long time to breed and select. Hence the reason for the USDA Pecan Research Facility in Brownsville, Texas.  When the researcher started the presentation, he highlighted over a dozen different characteristics that needed to be met before a pecan variety could be considered useful to create clonal  orchards out of it. It is roughly is a one in 500,000 odds.  As I continued to listen to what is demanded from a single seedling selected as a named variety, I knew that my hedgerow of seedling pecans was not the same.  So when he ended his talk, I walked up to him and asked him if there was something of value in having a pecan tree fruit heavily in a climate that cannot grow pecans. In other words, is heavy fruiting enough to develop a variety from as well as to develop a population from?  He said yes.  Because the pecan tree like the hickory is such a genetically diverse plant, creating a population of similar plants is a must. You have to do that as this is a way to let the plant fully express itself in a given climate.  The population tells a type of historical evolutionary story.  You have to let nature do its thing so to speak to find the answers you are looking for. I was relieved to hear that but also inspired. My pecan trees stand tall today reaching over 60 feet. The nuts rarely reach the ground as they are consumed by flocks of blue jays. Watching them fly away with nuts in their beaks, I wonder how this wonderful seed vector is creating a planting far away from my farm. I see the value in this and wonder if like the stone cow my pecans will be appreciated by future generations in Michigan and other too cold for pecan areas on a global scale. This is were the northern pecan unfolds itself into a diverse adaptable population of which we can draw varieties from. The whole is more than the sum of its parts. 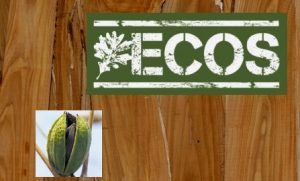