How Does It Grow? 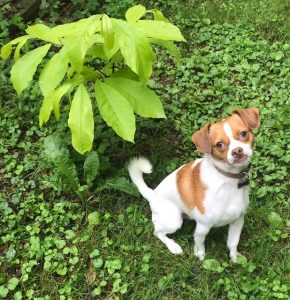 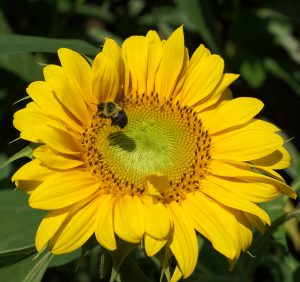 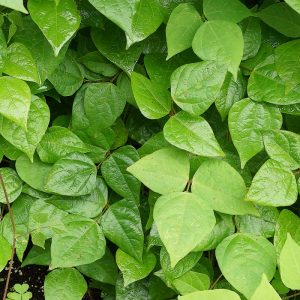 It is a not the healthiest world we live in right now. Not everyone is accepting of others but sometimes in the midst of it all, there are break throughs of understanding and compassion. The same is true of our relationship with plants. In some ways, on some deep emotional level I think plants and people are connected but I am not sure how.  Many people are passionate about all plants. Others feel threatened or are more selective in their interests. This is kind of normal in the nursery business. Everyone has their opinion or interest. It is the art work of nature and our emotional connection to it.  When I first started my nursery, I noticed strong opinions about some of the plants I grew. A nearby farmer once stopped by to express his dislike of sunchokes and how costly they are to remove from his corn fields. Here they were in great display along my driveway. He spotted them from the road and immediately hit the brakes.  I soon realized it was best to inform but not stand on a soap box so to speak. He was not interested in the culinary aspects of his weed.  There is no way really to change someone’s mind especially if they paid $90.00 for a half pint of herbicide to kill them. In my catalogs and the website I removed the common fear terms and stuck with ‘just the facts mam’.  It reminds me of my years as a student in college. For many years in front of the student union at Western Michigan University there was an actual wooden ‘soap’ box sitting on the hillside. The grass was all matted down in front of it due to the crowds that that stood there.  It allowed people to practice their oratory skills. This was the ‘punch card’ computer era so no real means of reaching a lot of people other than print at one time. So the soapbox worked.  You would have to be dramatic combining circus like techniques along with beautiful prose to maintain a crowd. If someone shouted you down, then certainly the crowd would grow. Often you would see a small crowd standing around a person waving a bible or a book of some grand philosophy or political ideals getting excited. Once I saw several people crying. Another time they were laughing hysterically. Once a man kissed a preacher on the cheek. There was a lot going on.  Personally as much drama as it caused and as interesting as it looked, I avoided this. It was just too much theatrics. I felt uncomfortable and quickly weaved my way around the crowd. I had to get to Chemistry!  The same is true for me today. Today I still weave around the more sensitive subjects. I still have to get to chemistry only this time it is my on line study of the Upanishads or possibly an agricultural class.

Over time, I found it completely fruitless to use my nursery soap box as well. This was especially true with the concept of invasive plants. If someone asked or expressed concern, no matter what the plant, I would always say, “do not plant it”. It was just too difficult to convince people otherwise and there are too many environmental variables.   “Everyone move along now” I would quietly say to myself.  Is it a rhizome structured root?  Is it a vine?  Does it belong in a genus where there are ‘known offenders’ of invasive plants?  Forget it because as soon as you Google it, you are pretty much overcome with the fumes of invasive plant lists as well as toxic means to eradicate them. I remember once getting an email asking, “Is the plant easy to kill?” Since I was only interested in making the plant grow, I had no idea and probably should have said nothing. The soap box was close by!  I wrote a nice email back (I thought it was nice)  only to receive a series of insults back. I had told him “do not plant it, you will never enjoy the plant”.   I had this vision where he would get up in the morning and look at his wonderful plant and say, “I may have to kill you if you are too vigorous and you grow too much.”  Imagine a lifetime of torture like this. The pendulum swings.  I like it. I do not like it. And then finally resting on I need to kill it.

Maybe there is a deep and direct connection between plants and humans but it is incomplete or broken entirely. Obviously nature doesn’t think like that. More, more, more. Give, give, give. This is the plant kingdom. Nature does not make mistakes. There is nothing that needs to be fixed. We can only add. Add, add, add. Another layer of vegetation is the way of life. Lets use the world’s flora to solve our pressing environmental and agricultural problems. This can be accomplished collectively for all cultures just as we have been doing for the last 5000 years but this time we do in concert. Add, add, add. No need to get excited. The solutions are the resources in front of us now.