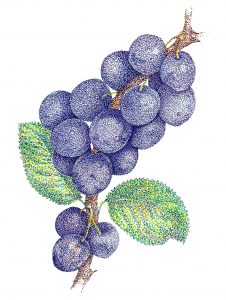 Starting from beach plums, I began growing lots of plums at my farm in the early 1980’s.  I had no irrigation at the farm and filled 5 gallon buckets from my house 25 miles away. (I always had to take corners slowly!) I was a fan of yucca extract and humates and used them in the water sometimes to help with percolation. It was a lot of work. My rusty F-150 got a little rustier in the back end so I ended up adding sheet metal to the floor of the bed. Is that what they call a red neck fix? If so, I am guilty. As long as they got watered in once, generally the plums survived even the extreme drought of 1988.  From there the diversity of both the species and hybrid plums grew in great profusion.  My soil was very low in organic matter so periods of drought were tough on transplanting trees. Plums saved the day for me. I had heard of legendary plum plantings done by many people and institutions like the USDA but they were no longer living. My thought was to recreate that type of system, however avoid the cultivar-itis and use plums as a kind of universal language in my tree crop plantings mixing them in near walnuts, pecans, catalpa, oak, and pears. This worked! 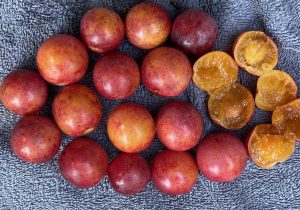 When you see the new harvest this year, you will notice a huge selection of hybrid and seed source identified seed as well as cultivars of indigenous North American plums. These plums represent new flavor profiles than found in stores as well as new flavor profiles of the species they represent. Some are sweet, some are tart and some are in between. All can be grown using organic methods or none at all. They appear highly resistant to both insects and disease. Over the last decade, I began keeping track of various types in my plantings and selected these individuals due to their high yields and flavor. They are truly the first of a long line of great American plums that could be used in a wide array of food products as well as fresh use. If I look back at my water hauling days, I would say this rather philosophically, ‘take the corners slow, continue planting, let nature takes it course’.  This is the way to finding new and healthy food by looking closely into nature’s pantry. 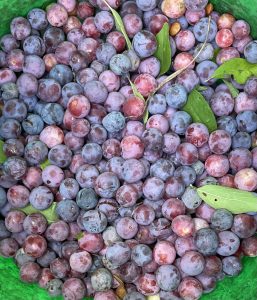 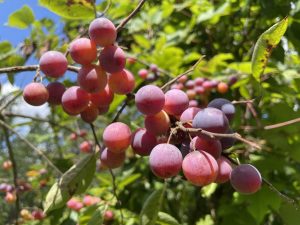 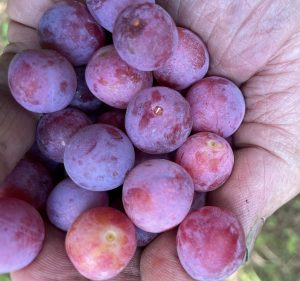 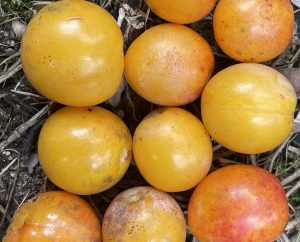