Soilicious-Not Just Another Pretty Face in the Soil Amendment World 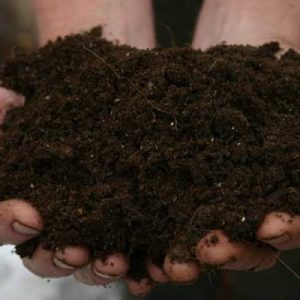 Every time I make a batch of this I think of “it’s time to make the donuts” commercial.  It always seems like more steps than I thought it was the last time I made it. It has to be made as dry as possible to get the blend to stabilize. No one wants it stinky.  It has to be friable and easily mixed with other compost.  It has to have to be noticeably effective yet long term.  Here are a few of the ingredients that we use in its making and why:

ALFALFA:  With  3 percent nitrogen, alfalfa helps nitrogen draft that is common with planting trees in poor soil. This slowly degrades over time and has no smell to attract animals digging around the plant compared to fish emulsion or blood meal.  This source of nitrogen increases the growth rate of the plant in the first year.

GYPSUM:   Gypsum helps with the absorption of nitrogen and provides  sulfates making for better water percolation through the soil with less puddling or run off. Especially effective in clay soils, gypsum is know for its calcium without raising the ph of  the soil.

GREENSAND:  Potash. Most soils are not necessarily in low in potash but having both the water retention effects of greensand along with its high potash helps plants absorb it slowly over many years.  Potash has a  kind of a health effect on the foliage of plants making them more resilient to disease.

AZOMITE:  Kind of the multi-mineral in the plant world, azomite is known for its wide array of micro-nutrients including zinc, boron and copper.  Micro-nutrients are not lacking in most soils. However,  azomite helps create a dense lattice of trace elements near the plant roots where it would be absorbed first.

HUMATES:  A lot has written about humates and their positive effects on soil. The one thing we became aware of was the form it was in and how to best not over apply it.  As a result we now using a pellet form of it along with the other biologicals including biochar. The goal is to increase the biological activity of the soil around the new plant but not enough to damage the new root hairs. The ability of a plant to absorb nutrition is enhanced with the right amount of humates.

Because we greatly reduced its weight by lowering the peat filler, we recommend people to add composted cow manure to it in equal or greater volume and mix thoroughly. For this we have found the Black Kow brand to be the best.

The total ingredient list is below. You can see why making the donuts is a worthwhile endeavor.  Healthy ingredients make a delicious amendment  to create healthy plants.