Shining a Light on Blight: PART 1

In 2010, we received an email from a long-time customer who conducted some research he had done on our trees. The research used a group of hybrid American Chestnut trees from our farm, (namely Timburr American Hybrid Chestnut and Ken’s Select Hybrids), to determine the amount of blight resistance and cold tolerance. From his control group he knew that if blight had struck the tree, it was usually within the first few years of growth. After studying over 1000 trees in a ten year span, he determined  our trees were 75% to 85% functionally blight resistant. Many of the trees grew to be twenty-five feet tall in only six years. They were also fairly cold tolerant, many of them surviving temperatures to -37F. Although not the end of the study he found that the ability to have vigorous growth, large thick leaves and the ability to callus over a wound go hand in hand. Sure there is a genetic component of this but not in the way we think. Vigor may play a large role in the ability of a tree to heal itself.

Rise Above the Ashes: Borer Immunity 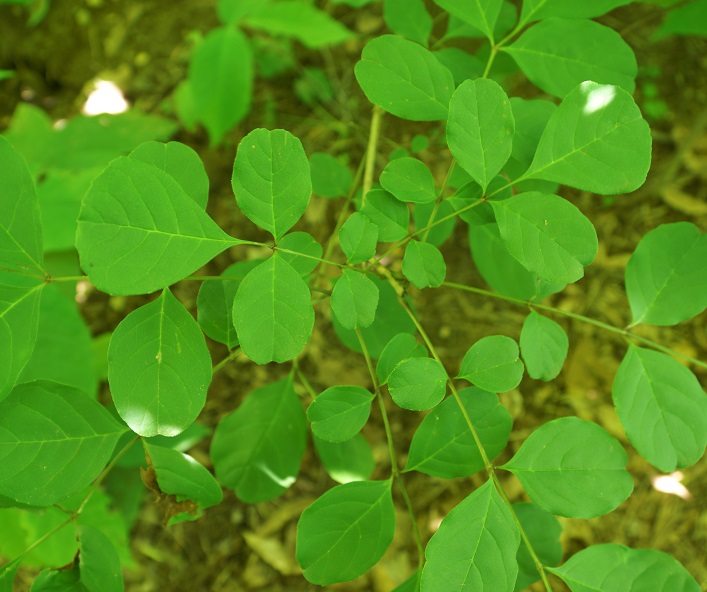 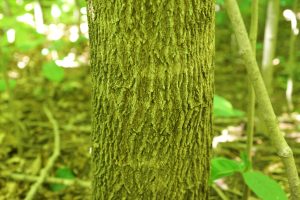 This was an accidental discovery. I had heard about this ash whose incredibly hard wood, drought resistance and winter hardiness would make it an ideal over-story plant for our pawpaw planting.  We had planted Fraxinus rhynchophylla long before the ash borer was discovered in Michigan. The planting was done on a sandy area where not far away was a line of green ash trees grew on a country road. When the ash borer came and went only our Chinese ash trees survived.  I have since mentioned this species as a possible street tree and a bridge to bring Fraxinus back into the fold of our urban trees. Research scientists who work on long-winded breeding programs for the ash are trying their talent at breeding a hybrid of some sort to include ‘native’ ash. Our original seedlings are now over 20 ft. tall with a perfectly rounded crown. It appears the borers have attempted entry into some of the younger sprouts near the base of the tree, but so far nothing has entered the trees themselves. I like this tree and the fact that is has no borers doesn’t need breeding or selection of any sort. Nature has already supplied that. 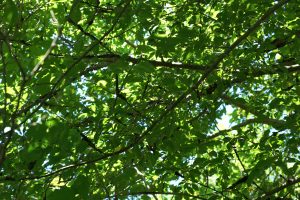 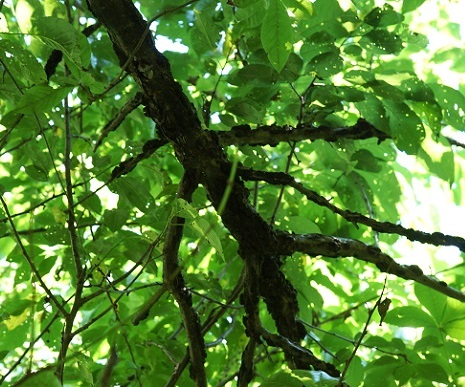 Black knot is best described as the zombie plum disease as it covers the branches in a black, rotted-looking skin. It can destroy whole plants in the course of a few years.  When we ran into issues with it about 15 years ago, I thought it might be the end of our plums. However, we soon realized black knot shows a weakness for plums that are not very good at ‘repairing’ themselves.  So began our odyssey of removing over 4000 Ussuri plums while keeping less than 10 plants that show either complete immunity or at least living with black knot with minimal damage to the stems. Sloe plum had the same issue, however the odds were more favorable in the range of 1 plant per 100 being relatively or completely immune. At first, it seemed like an impossible job as we only had one source of each type of seed. It shows that even with a rather restrictive genetic base, not spending a lot of time, and keeping an eye out for the zombies we were able to find a more resilient and durable population of plants that can now can be grown by anyone. Black knot is now gone from our seed plantings and black knot is a distant memory. 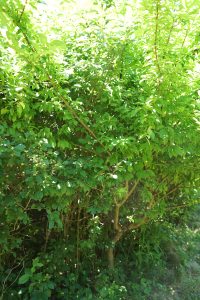 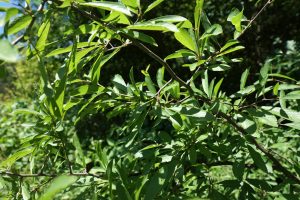